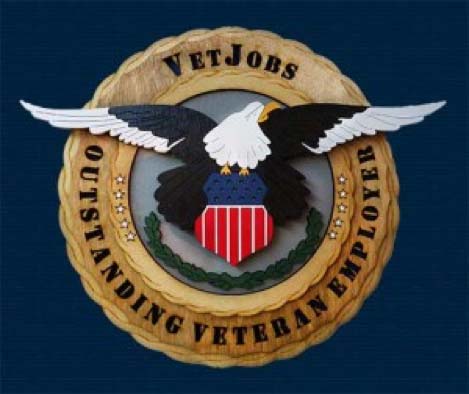 Fusion IT is not only interested in having the best and brightest on their team but are committed to providing exceptional services to our clients with a team whose focus is based on the Christian principal of servitude with respect to the community, God, and country. During the course of 2016, Fusion IT began successfully retaining several recruiting strategies, which has made a tremendous difference.  Not only is Fusion IT recruiting Veterans more effectively, they are also becoming inherently more competitive by attracting a highly-skilled and committed workforce of prospective leaders and team-focused employees. Fusion’s veteran hiring program resulted in the addition of 3 veterans out of the 5 new team members that were added in 2016.

On Friday, just one week after their honoring of veteran employees on Veterans day, Fusion IT received a commendation letter and the Outstanding Veteran Employer Award plaque from Vetjobs.com. Ted Daywalt, President of VetJobs.com states in his letter that “This award distinguishes Fusion IT as a company who has put action behind their words.” Michael Waldschlager, President & CEO of Fusion IT had this to say upon the surprise receipt of the award, “We are honored to receive this plaque of commendation for seeking and adopting qualified veterans into our team.” One of their employees anonymously nominated Fusion for the award.