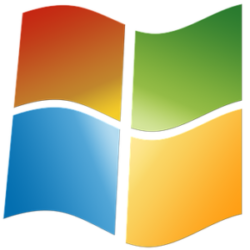 Are your PCs Among the Millions Still Running Windows 7? Here’s What’s Next.

According to recent real-time traffic reports from the federal Digital Analytics Program – the world’s largest source for web traffic analytics – nearly 20 percent of the 700 million December visits to federal websites were from computers still running Windows 7.

Starting tomorrow, those users and any others using the aging operating system, will be more susceptible to serious security and maintenance concerns when Windows 7 and Windows Server 2008 reach the end of their lifecycles.

Software reaches its end of life when its producer (in this case Microsoft) stops offering support and upgrades, including all-important security updates. Windows 7 will still work after Tuesday, however the estimated millions still using the software do so at extreme risk.

Flaws are a Hacker’s Best Friend

It’s common for software to contain multiple flaws that surface long after release and render it vulnerable to hackers. Microsoft publishes hundreds of fixes, or “patches,” throughout the year to address this issue and, once those patches are applied, the software is protected. However, that security ends for Windows 7 and Windows Server 2008 after the 14th when Microsoft stops issuing patches for those products.

In addition to cybersecurity concerns, continuing to use Windows 7 can also raise other issues including:

It’s Not Too Late

Start the new year with peak performance from your critical IT systems.  Fusion IT’s managed IT services offer West Michigan-based businesses solutions in cybersecurity, network management, backup and data recovery, and hardware and system upgrades. Our skilled technicians will work with you to update to Windows 10, making sure any legacy programs continue to function safely under the new operating system. To plan your upgrade or any other IT improvements for 2020, get in touch with our experts today.